It has been several weeks since my last post during which time I have been contemplating both my future and the future of Sonoran Connection. As anyone who blogs knows it can take a huge amount of time and energy to keep people interested and returning to your site especially if that site depends on field work. While the original purpose of Sonoran Connection was to share my experiences and photography while living here in Tucson Arizona I have found it impossible to limit myself to the confines of this wonderful area.
I have decided to place a time limit on Sonoran Connection and begin to morph this blog into what hopefully will become the next generation of adventures for me and my readers.
On a recent trip to the Grand Canyon I stood on the South Rim at sunset with my camera watching intently for a chance to photograph one or more of the resident California Condors. As luck would have it I saw more than a dozen of the giant birds but only far below me in the canyon where getting a really great photo was impossible. I was ecstatic to see these wonderful creatures but due to my limited time at the canyon I knew my chances of taking a memorable photograph were very slim.
It was at this moment as I stood there enjoying the enormous beauty that is the Grand Canyon that I began to wonder about places like Yosemite and Big Sur, Redwoods National Park and the Columbia River Gorge as well as Yellowstone and the Grand Tetons, and so many other places that I have wanted to visit. It occurred to me that if I had allot more time and was in better physical shape that I might be able to get that picture that I so wanted to be able to share with everyone.
The long and the short of it is that I have begun the planning for just such an adventure in the not too distant future. At this time the details are sketchy and just the planning seems daunting but being able to stay in a place until you get the shot that defines your visit will make it all worthwhile. Due to issues like how to finance such an adventure and health insurance and what to do with our Tucson property it will take quite some time before we are ready to head out on the road. In the mean time I will continue to photograph here in the desert and share those with you as often as I can. I have included a few of the pics that I took on Mt Lemmon where it was a rainy 57 degrees, 42 degrees cooler than at the base of the mountain. 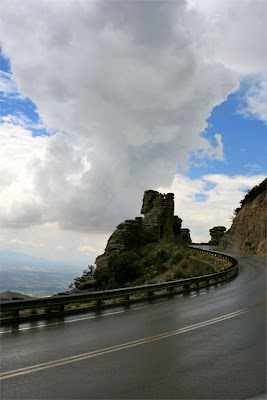 Approaching Windy Point-Depending on which way you look when it's raining here in Tucson you can see huge shafts of water falling from the sky or blue sky and puffy white clouds or dark dreary ones. It almost never rains everywhere at one time like in other parts of the country. 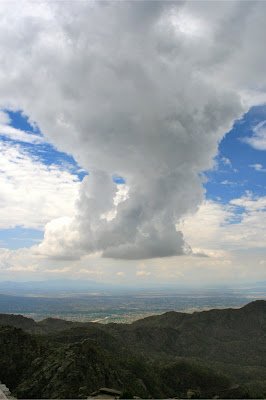 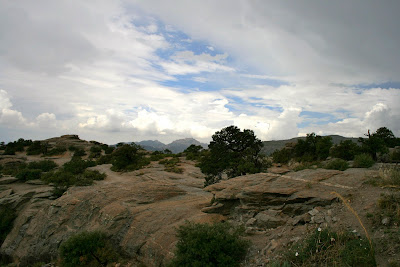 Windy Point from the road. 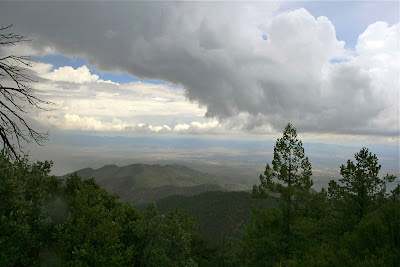 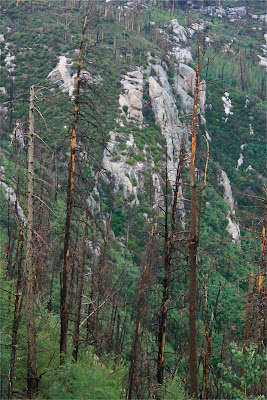 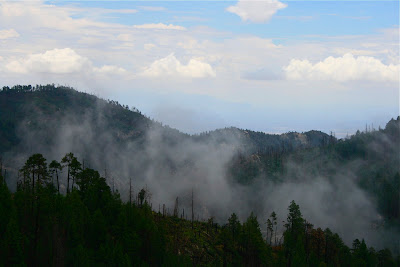 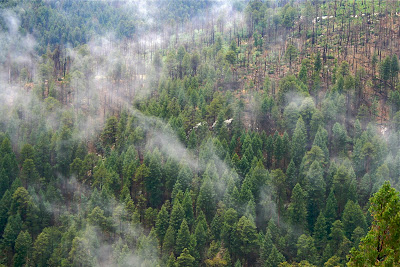 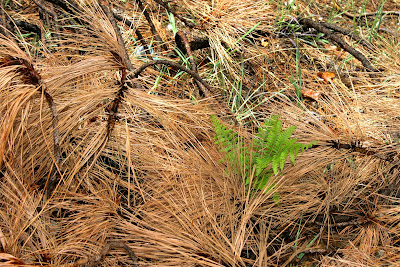 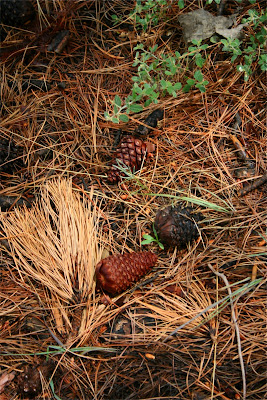 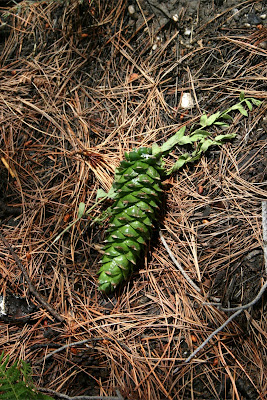 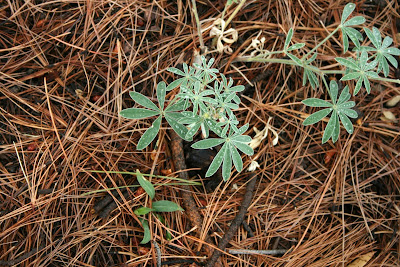