On my way to Sweetwater Wetlands as I approached Christopher Columbus Park the morning light was an amazing golden yellow so I decided to stop in and check out Silverbell Lake which is located inside the park. I arrived just as the sun was peaking out from behind the horizon so I decided to spend some time and see what was around for wildlife and walk the perimeter of the 13 acre "lake". 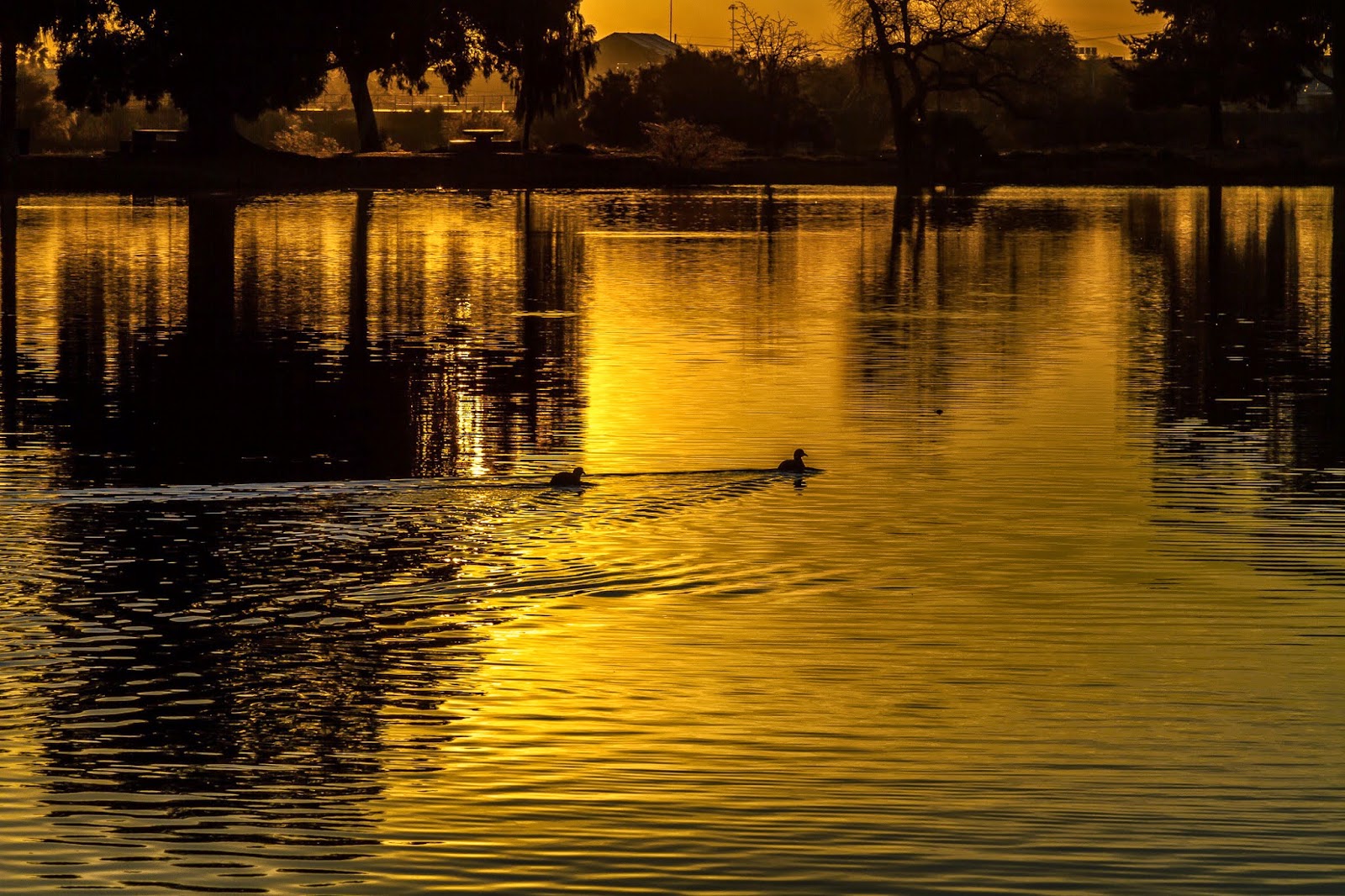 I have to admit that I have a hard time thinking of 13 acres as anything but a pond having hailed from New England where there are some pretty large bodies of water but here in extreme Southern Arizona I have encountered a number of small bodies of water that are referred to as lakes and there is so few of them that I guess I can go along with that designation. 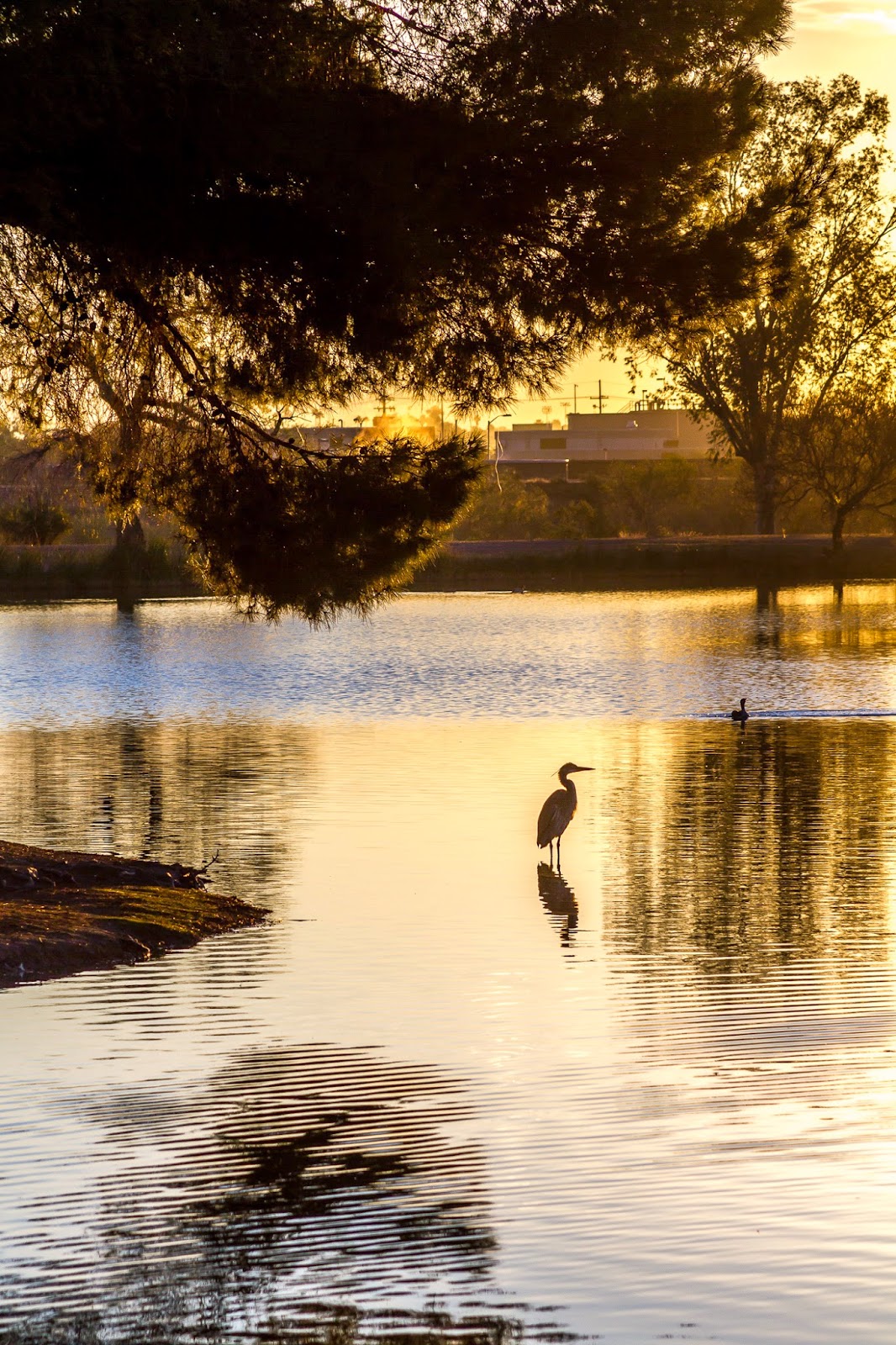 The first large bird I encountered was this Great White Egret wading just off shore. Birds here are used to the presence of humans but they still manage to keep their distance. I had a 135 mm lens on the camera and was primarily interested in landscapes so my first walk around the lake was with this one lens. The light at this time of day changes rapidly and within a few minutes the whole scene can change completely so I moved quickly around the lake taking hand-held photos to use here on my blog. 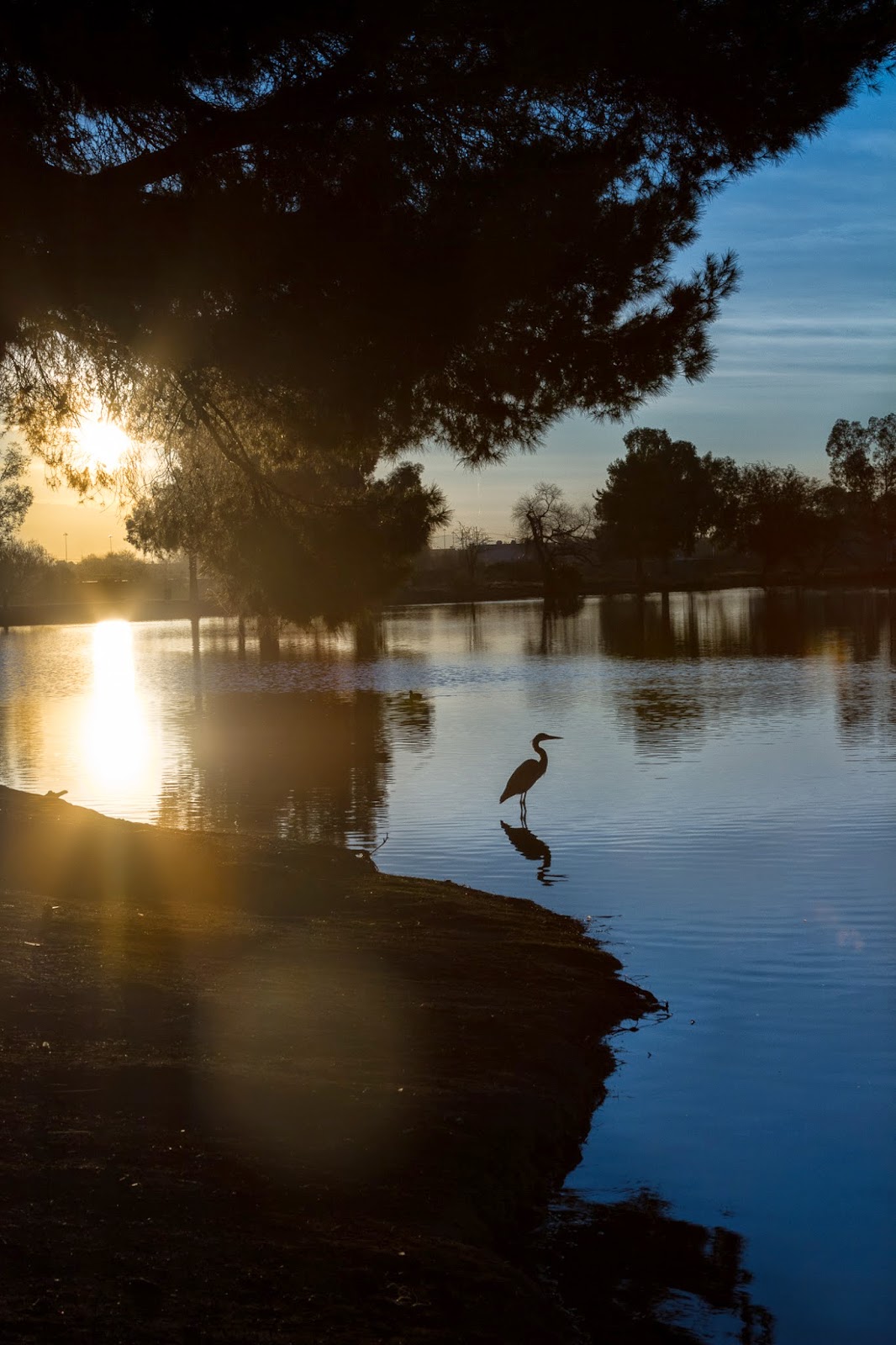 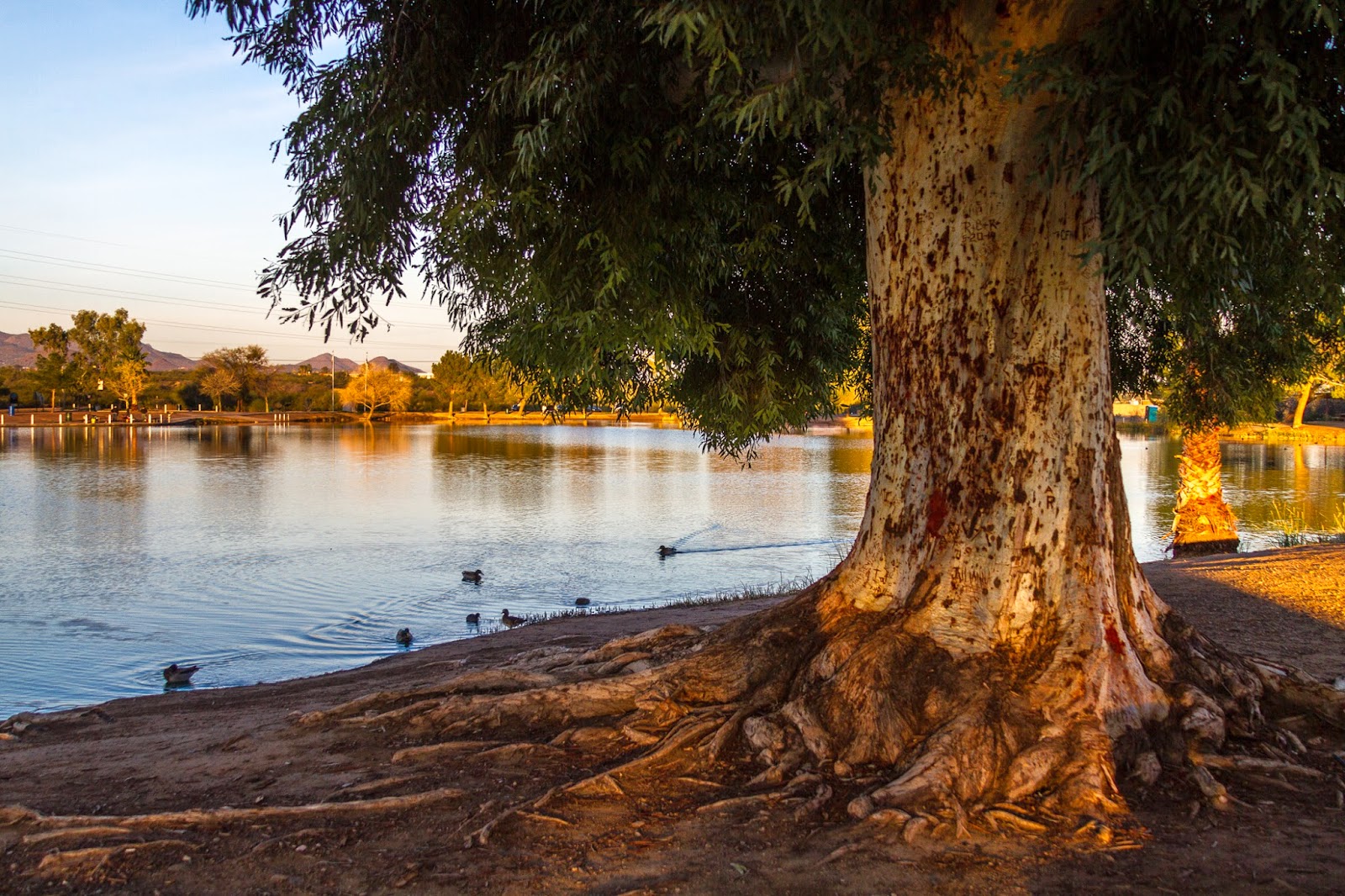 There are quite a few big trees along the water's edge including this one which I believe is a eucalyptus. It has taken quite a bit of abuse in the form of carvings but still looks extremely healthy in spite of the vandalism. Most of the ducks were common varieties but I still enjoy seeing them here in the desert. 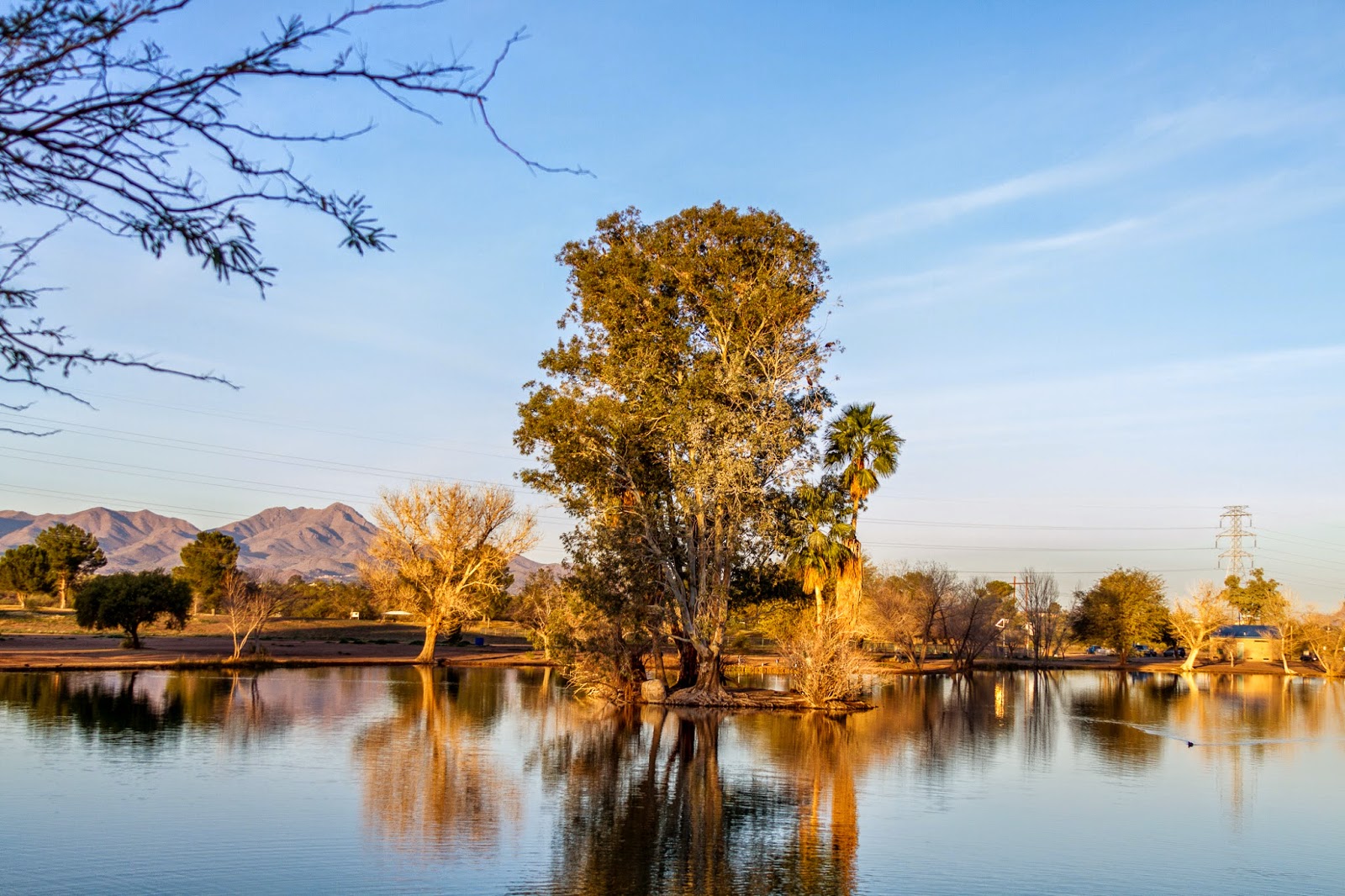 This island has two rather large trees on it and although you can't see them well from this angle there are four Great Blue Heron nests in the largest of the two. I counted eight Great Blues altogether mostly in or around the nests with occasional trips out for food or nest building material. This is a place that's really worth a visit especially during the early hours of the day. I'm thinking of taking a trip there for sunset because the best view of the birds and nests is from the west side of the lake. 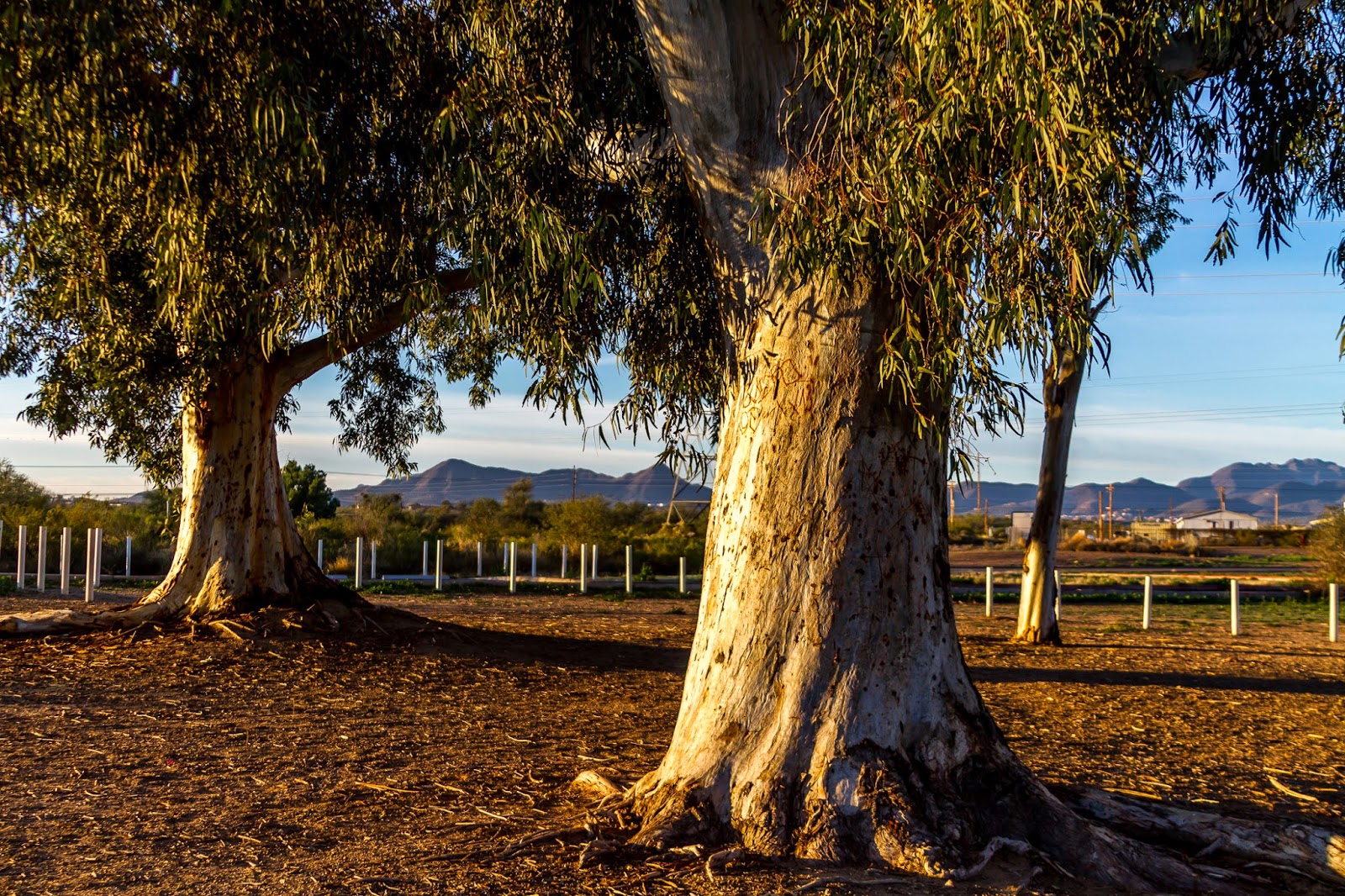 I have always had a soft spot for large trees and especially so here in the desert where there are so few of them. Most of the truly big one's that I have seen are along rivers and streams or next to man made bodies of water like these. 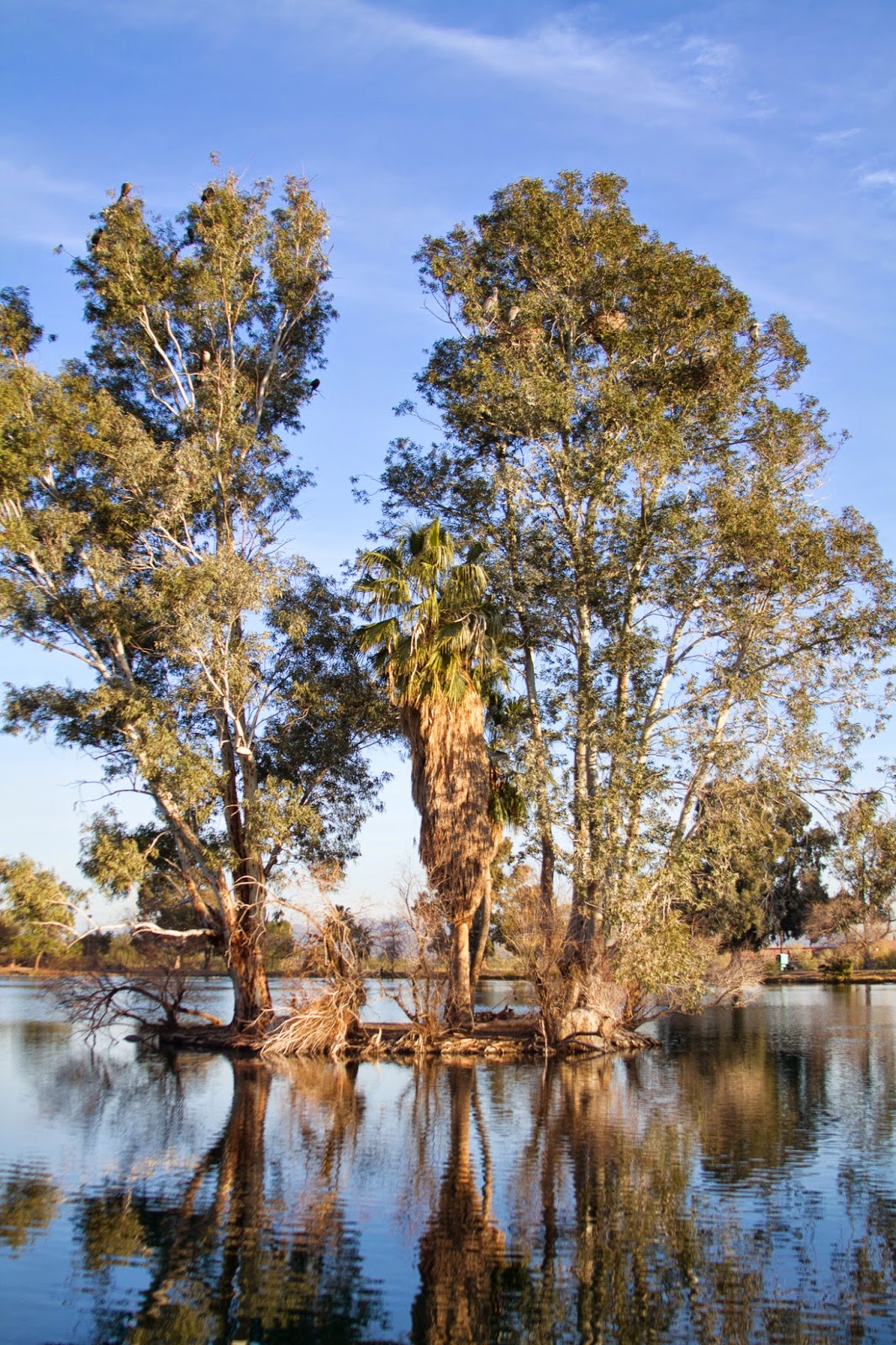 The tree on the left was home to many cormorant's including Double-crested and in the past I have seen Neotropic Cormorants here. I left my binoculars home so I can't say if there were Neotropics or not. 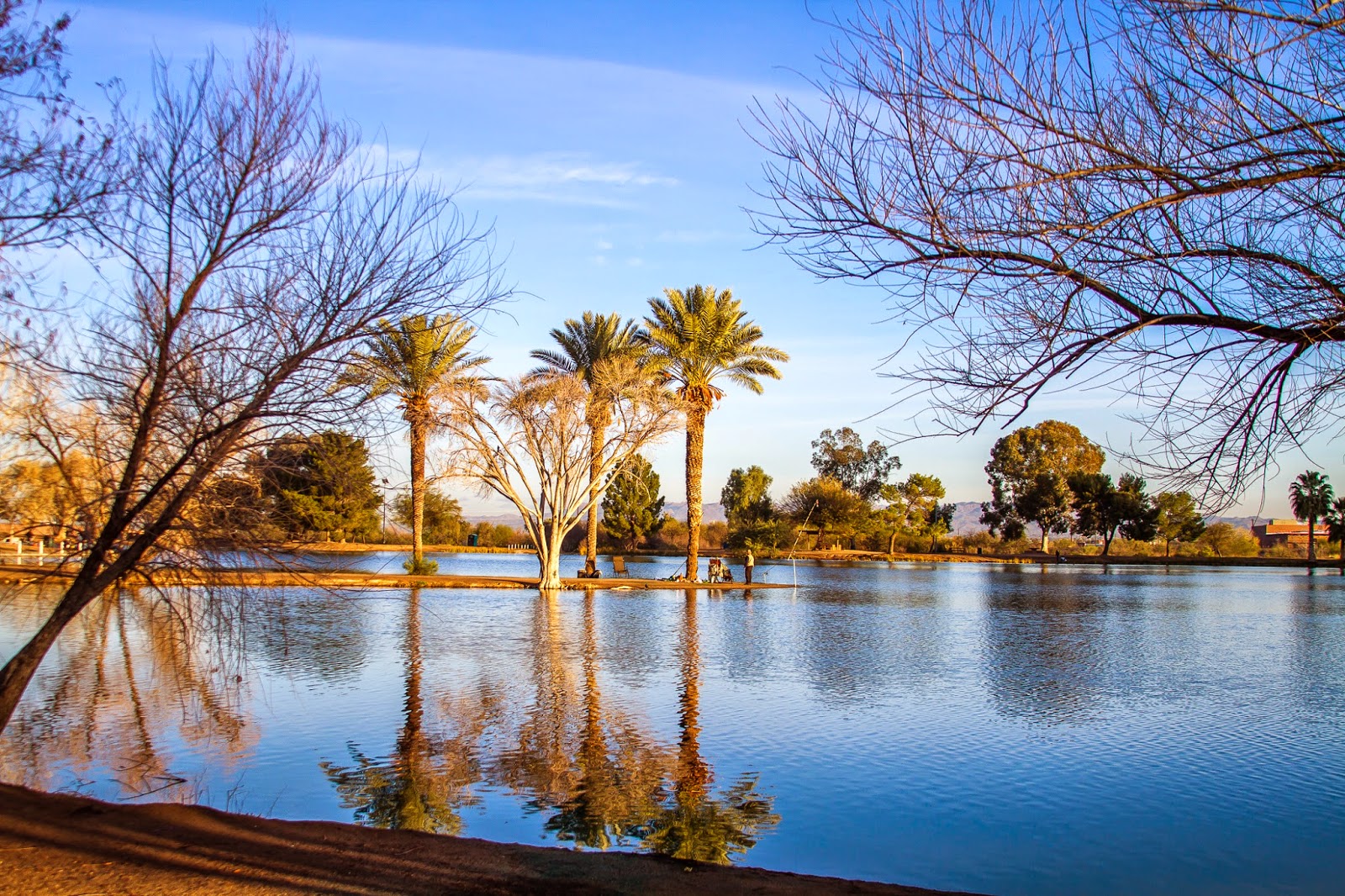 Every time I have visited the lake there have been people fishing for catfish, trout, sunfish and white amur. The lake is also a very popular picnic area on week-ends and can be quite crowded during nice weather. 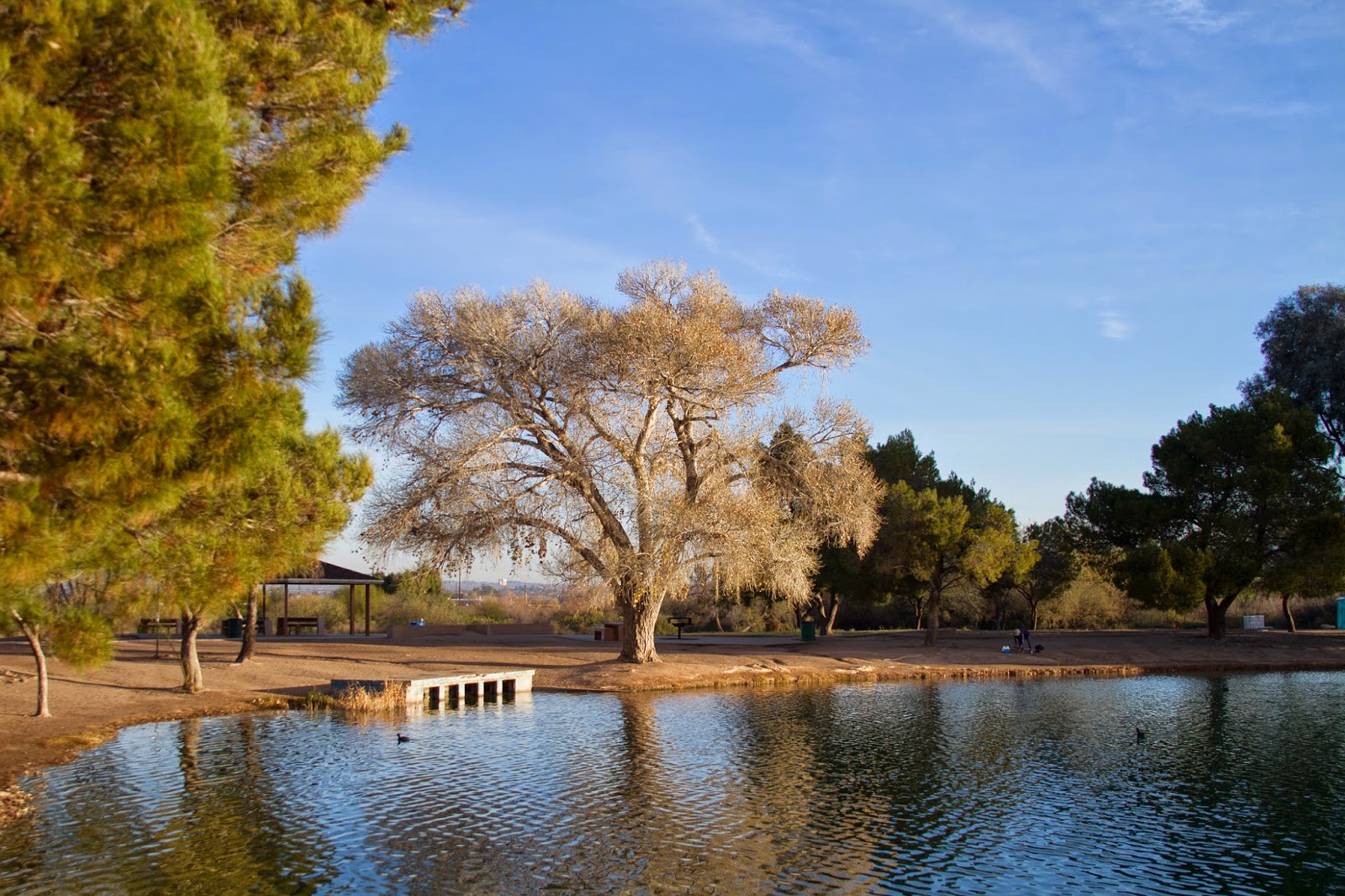 Some trees here in the desert hold their leaves year round others drop them and there is quite a variety of looks during the winter. Some green and vibrant, some completely nude and some part way. 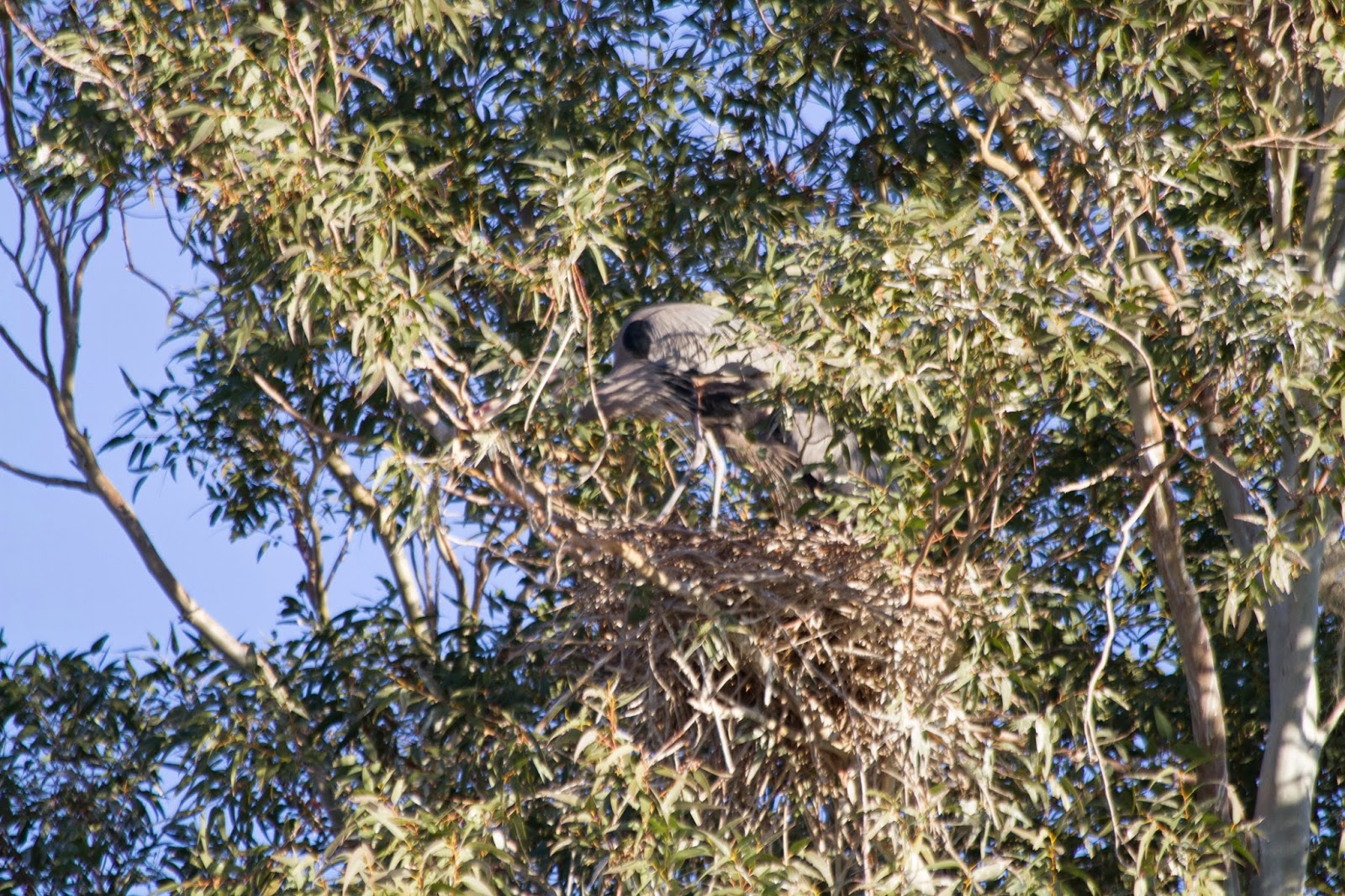 These are a few photos of the nesting site which is well camouflaged in the tree and the birds themselves are difficult to pick out from a distance but these are huge nest's and large birds. 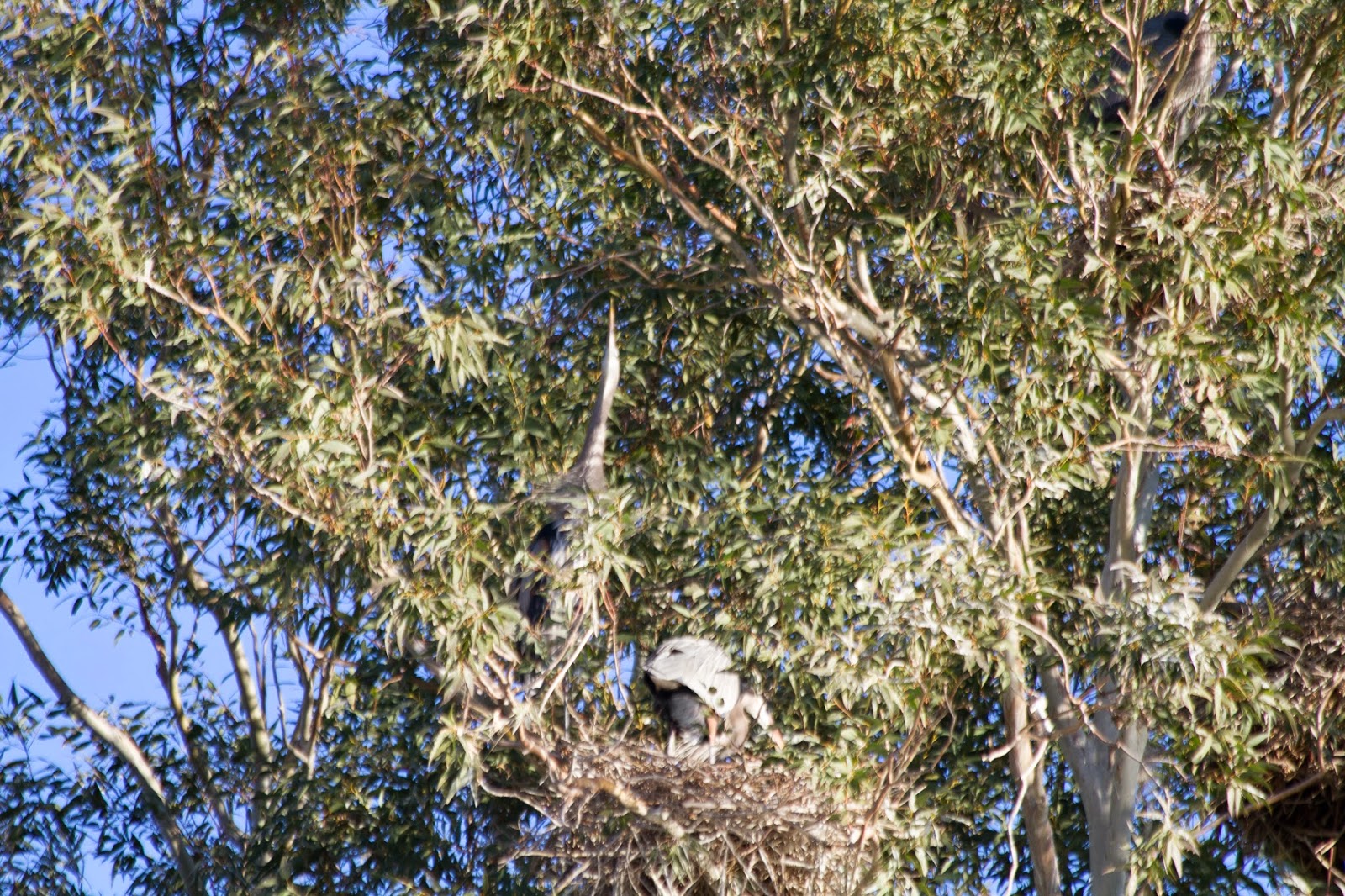 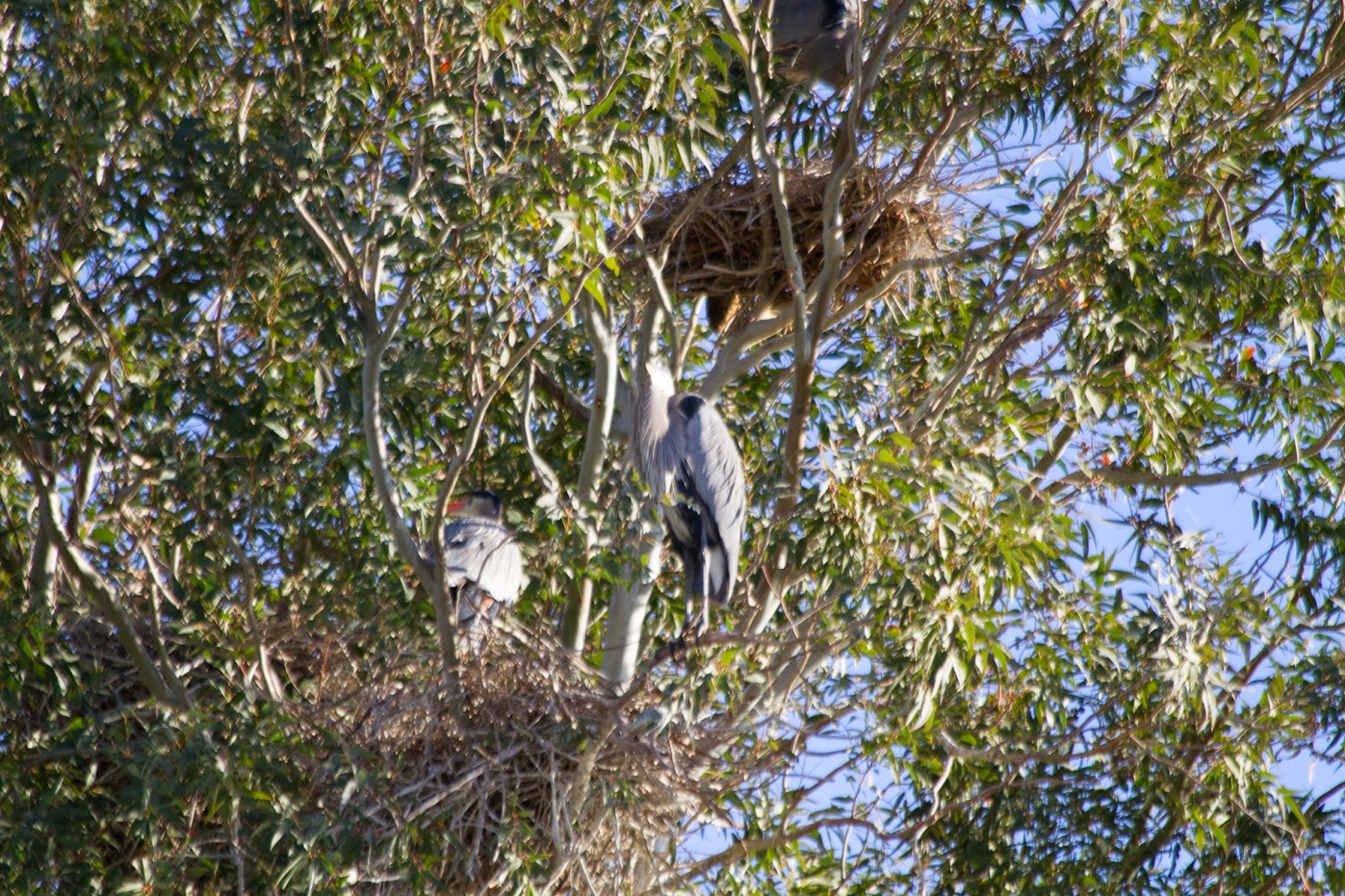 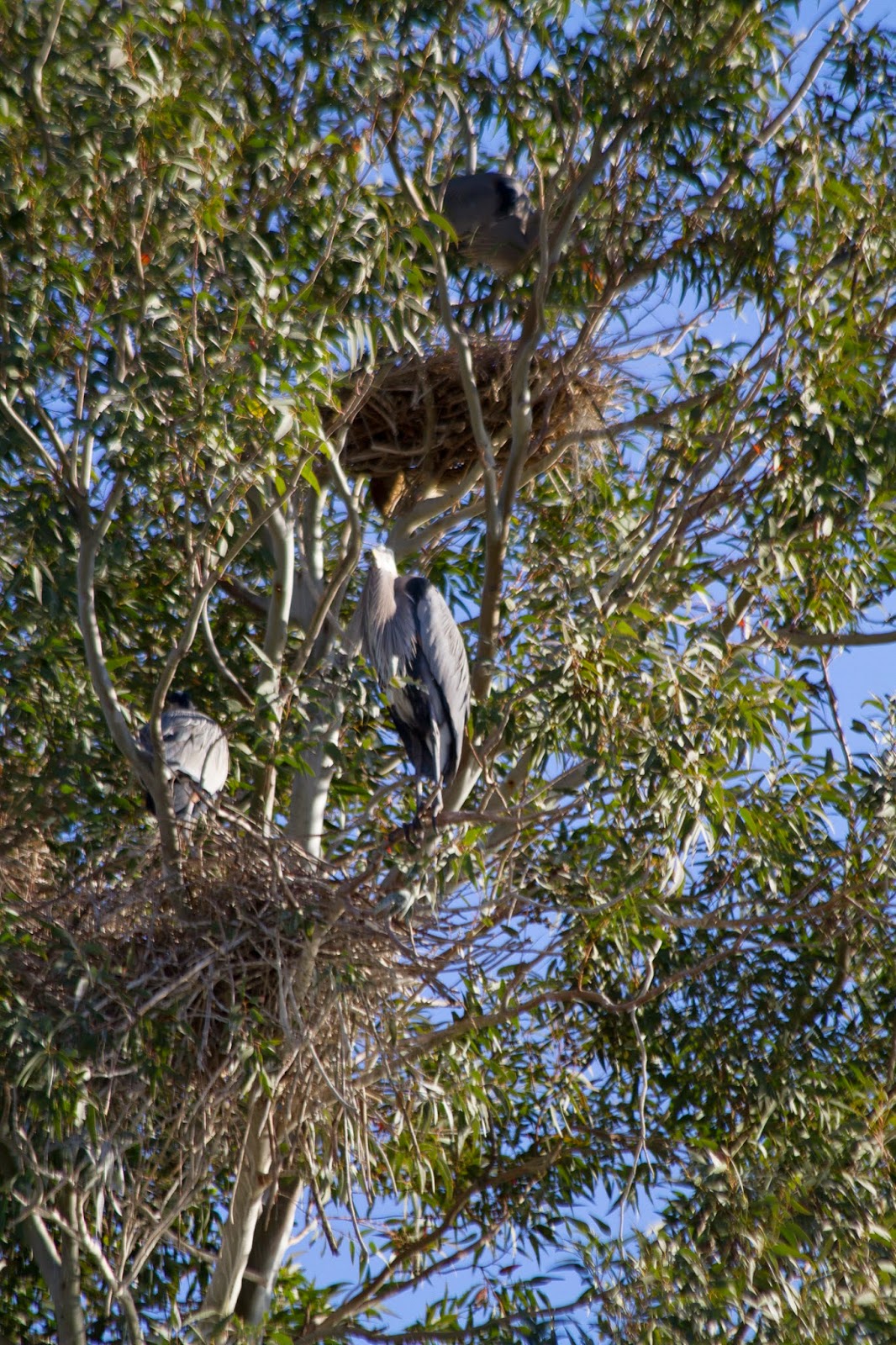 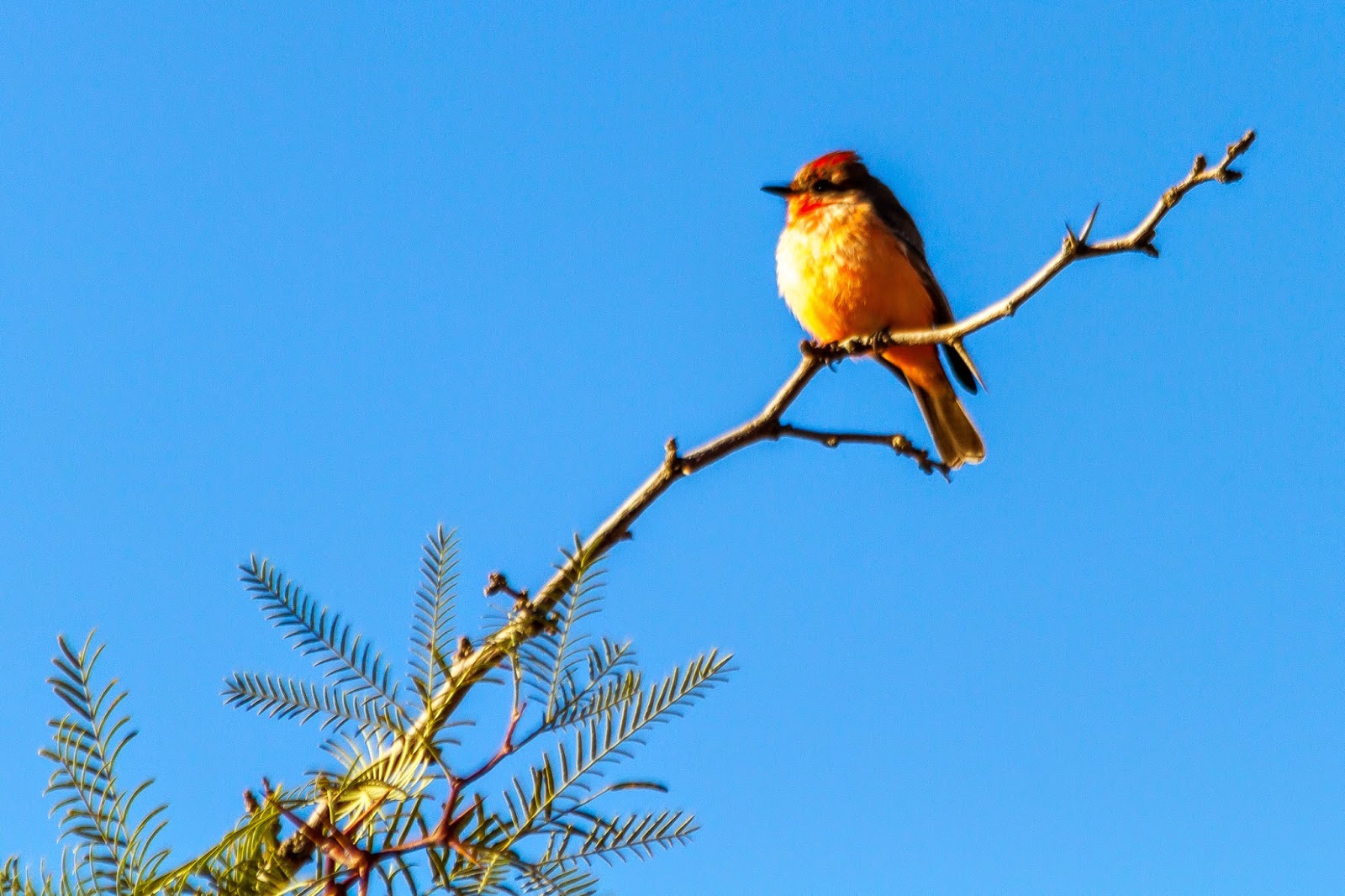 This Vermillion Flycatcher just lit up in the morning sun and even though I wasn't able to approach too closely I spotted it from a great distance. If I'm not mistaken this ones an immature male. 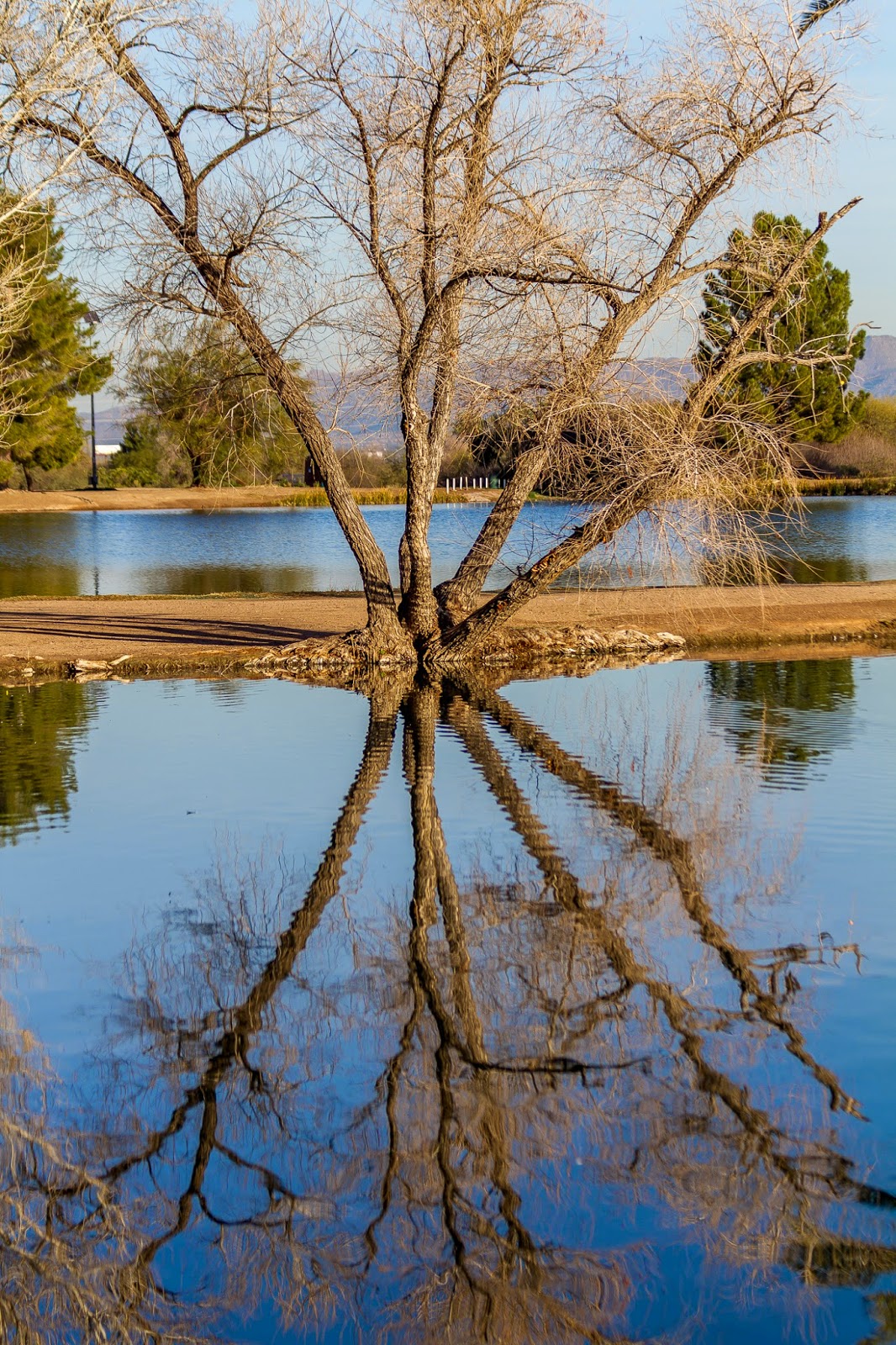 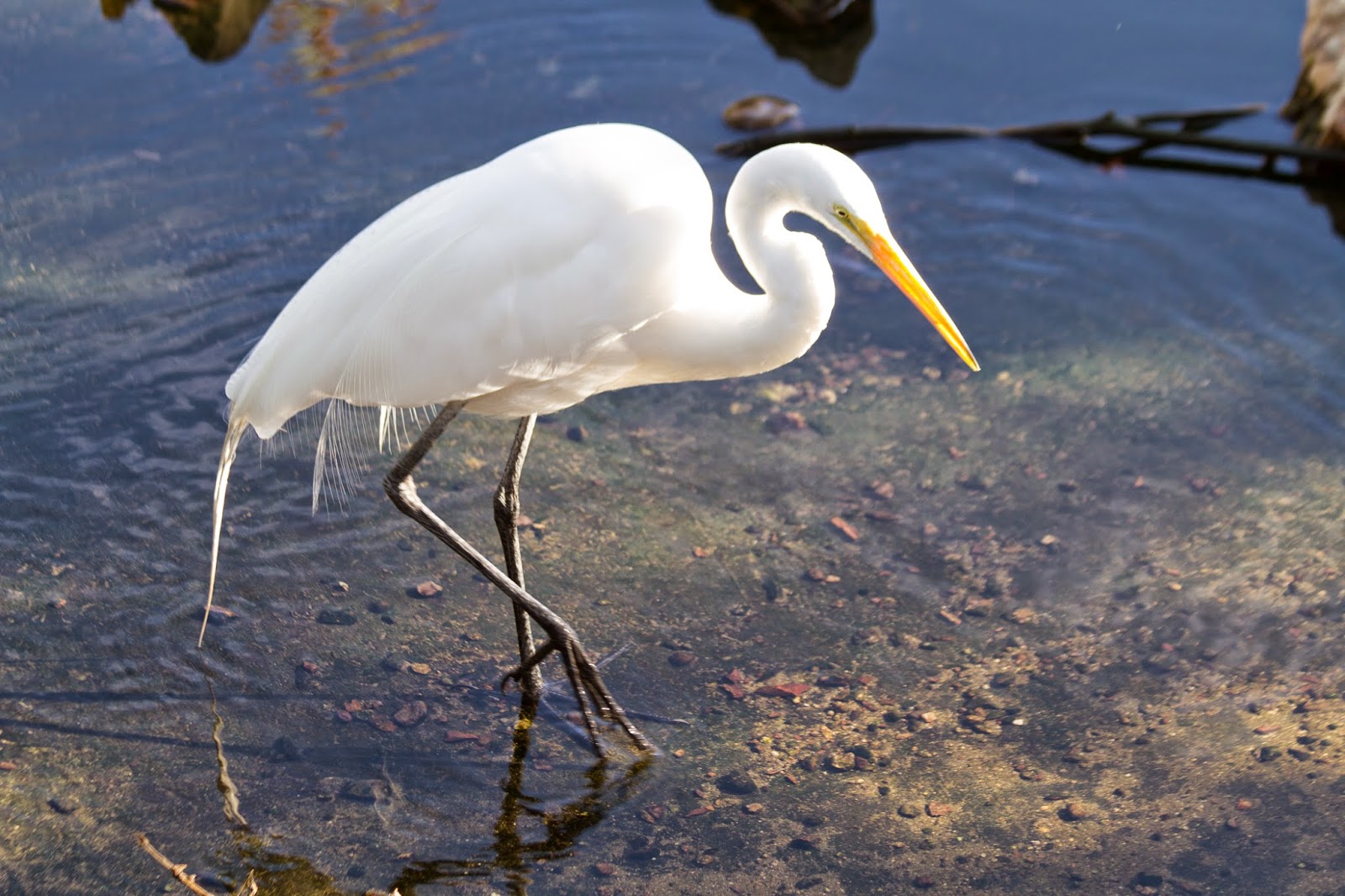 After leaving Silverbell I headed over to Sweetwater, my original destination and was greeted by this Great White Egret just as I entered the facility. 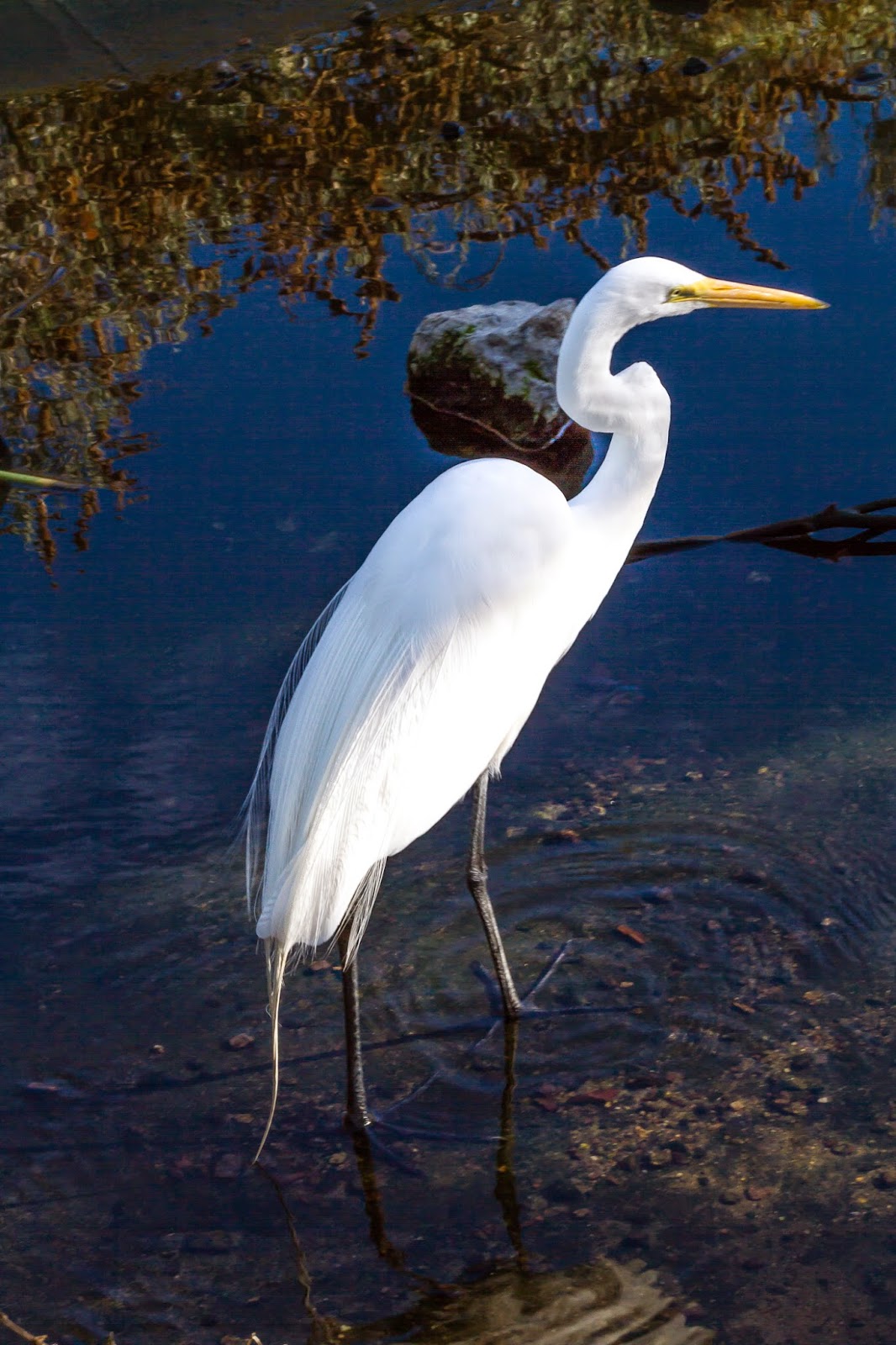 Snow in the Sonoran Desert

On January 1st 2015 we woke up to snow on the desert floor. I got up at 4 A.M. and headed out before sunrise to enjoy this unusual event and of course to get some photographs to share here at Sonoran Connection. As you can imagine not too many people are out that early and as a matter of fact I had to stand around,camera mounted on my tripod and wait for the light to find me. Even though I dressed warmly it was still a challenge to stay warm as I am not that used to cold weather anymore. My hands were the hardest to warm even with gloves partially because my tripod is metal and iT got very cold lugging it around.

This a photo of Golden Gate Mountain which rises 1500 ft above the desert floor.

Gates Pass in the distance. 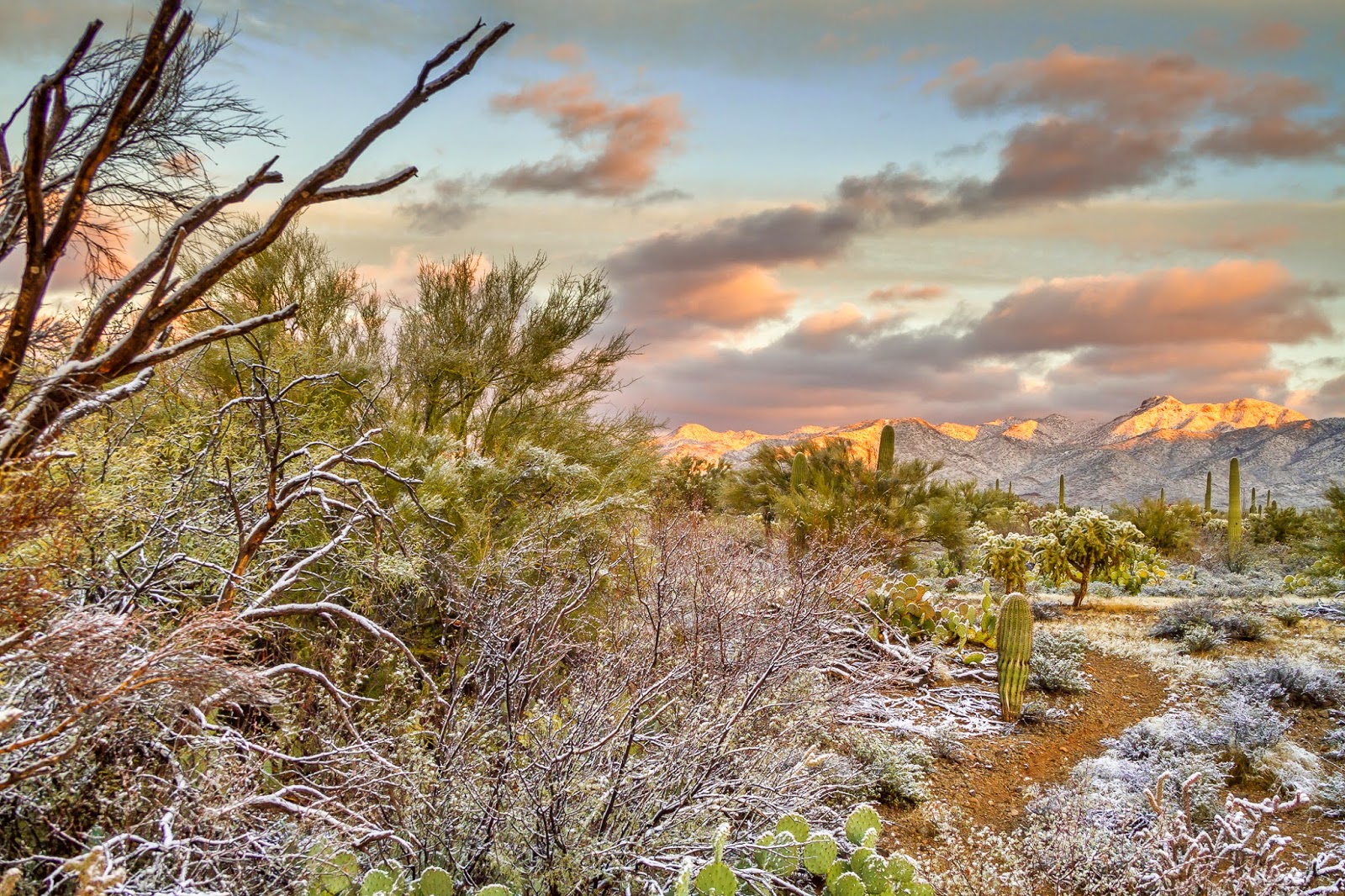 Even though it was fairly cold the snow began to melt as soon as the sun was up and was almost totally gone by 11:00 A.M. 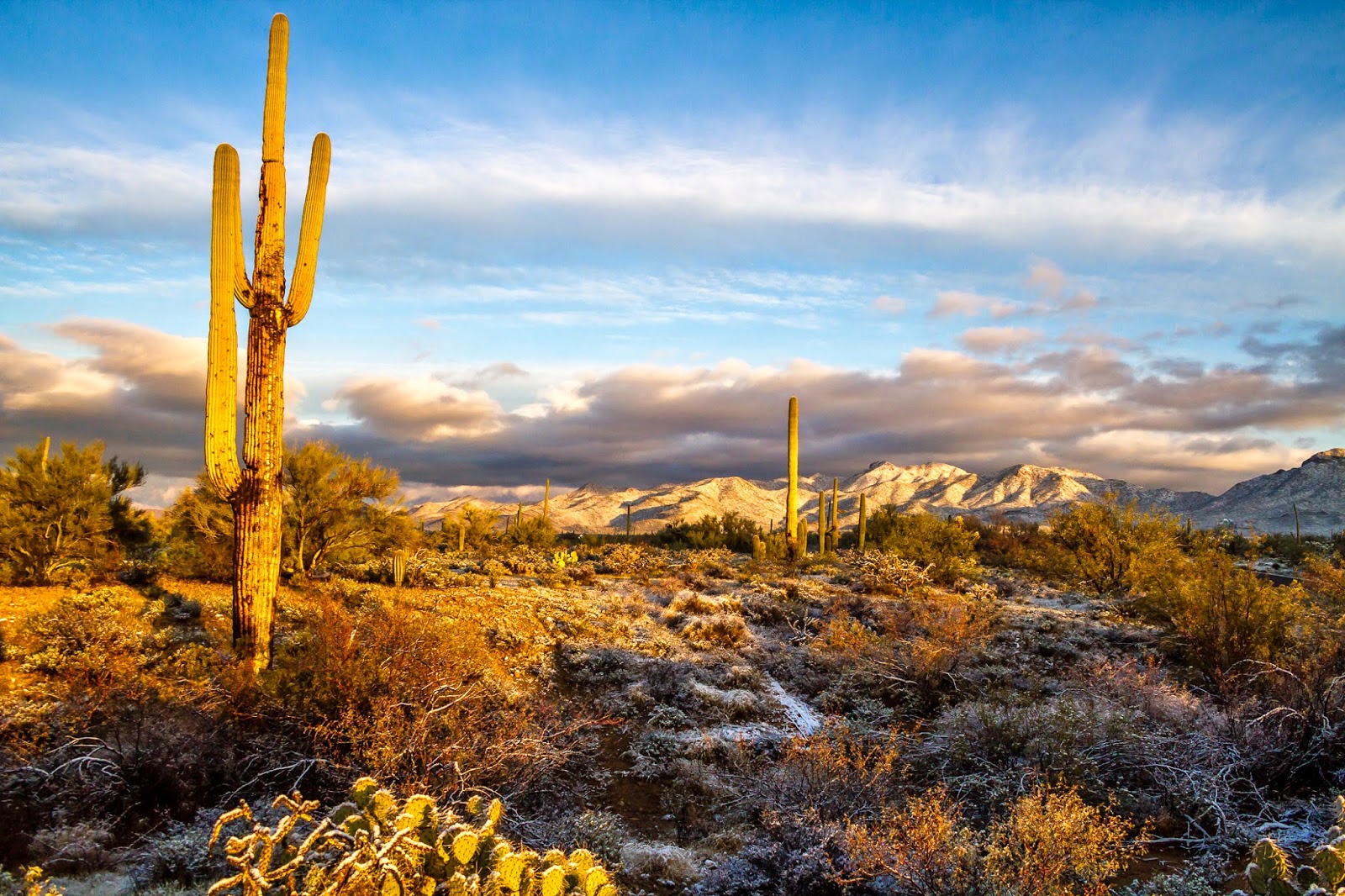 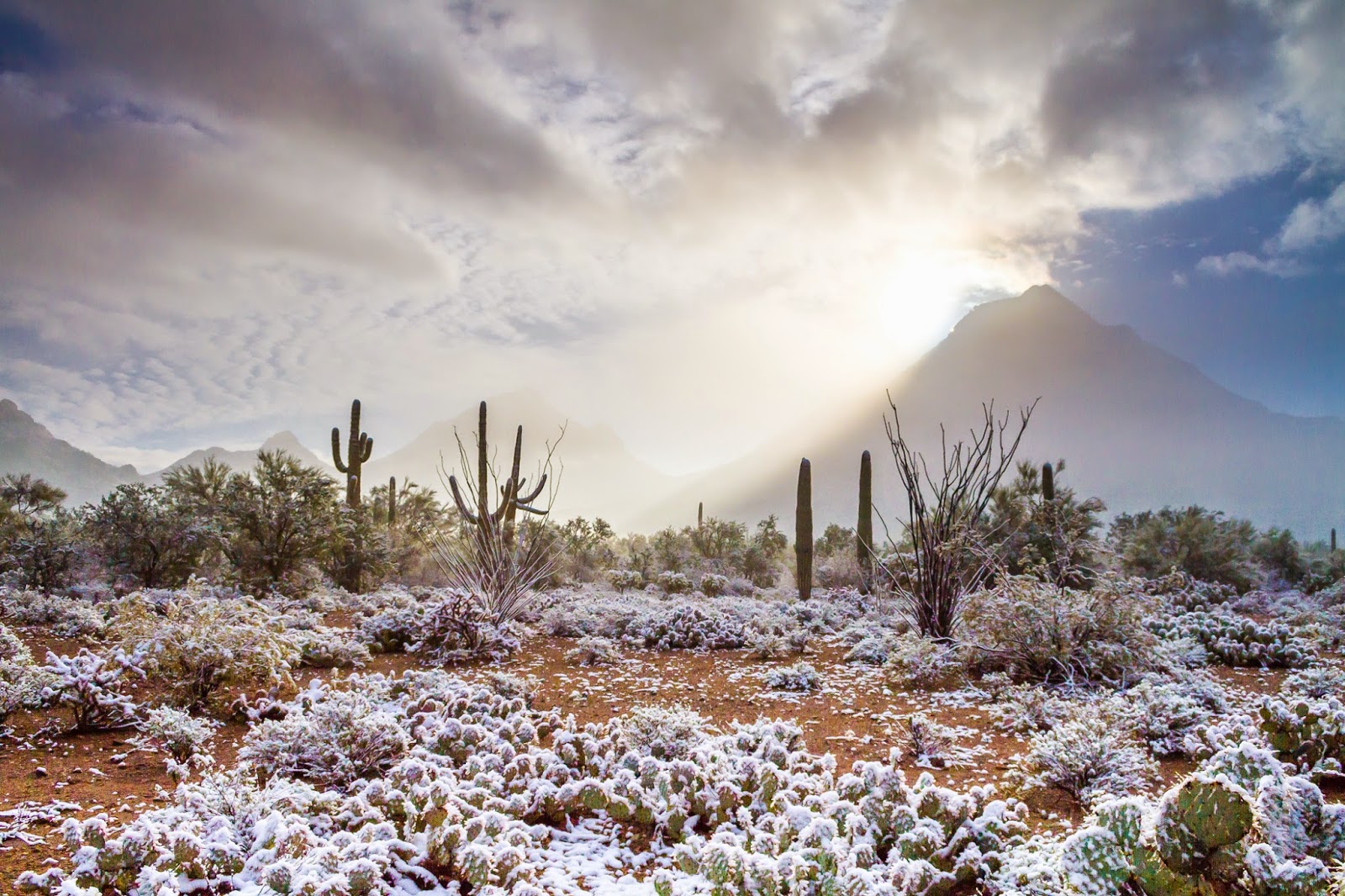 Fog shrouded the mountain as the sun began to melt the snow. it was quite beautiful but hard to capture. 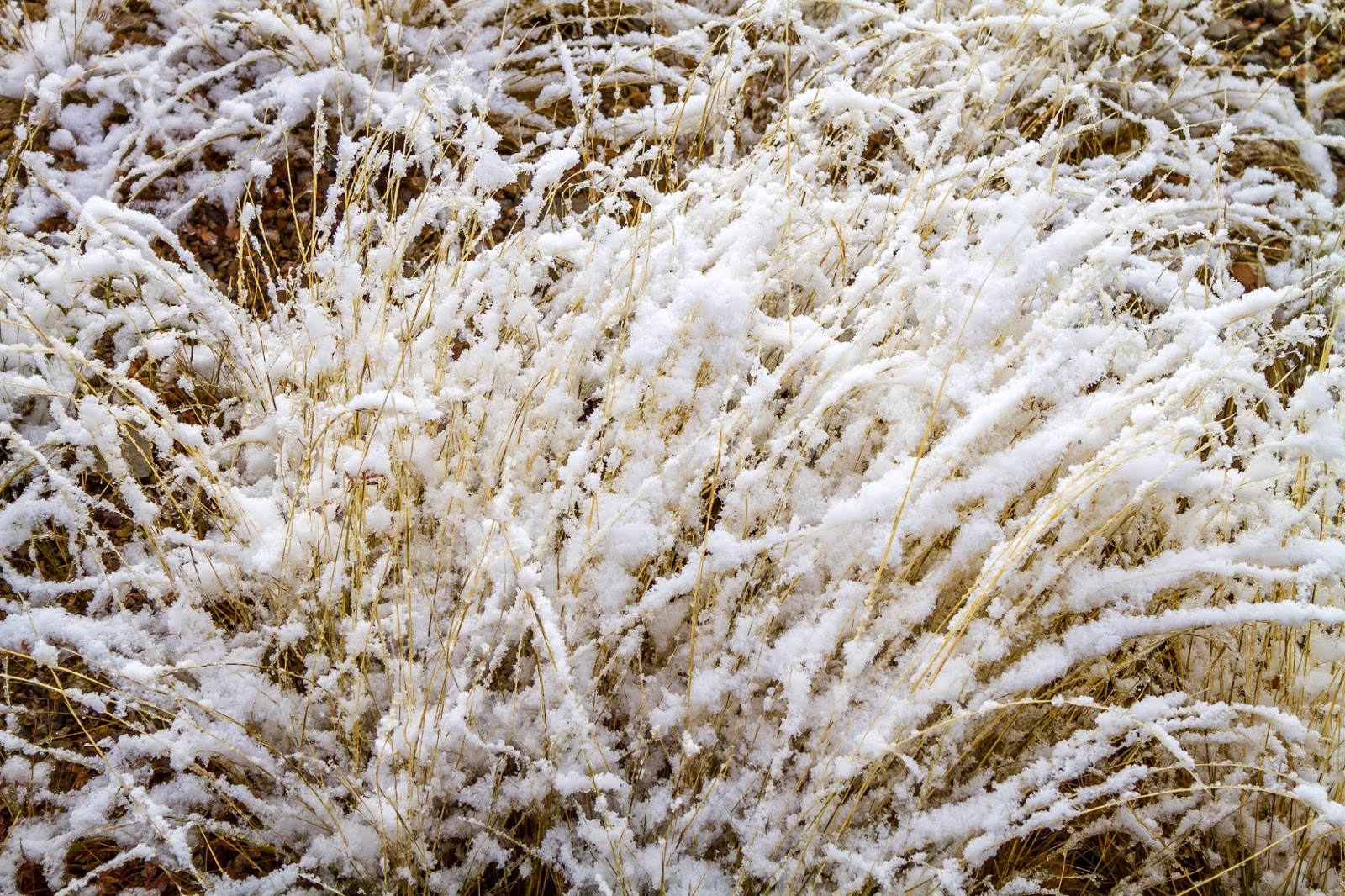 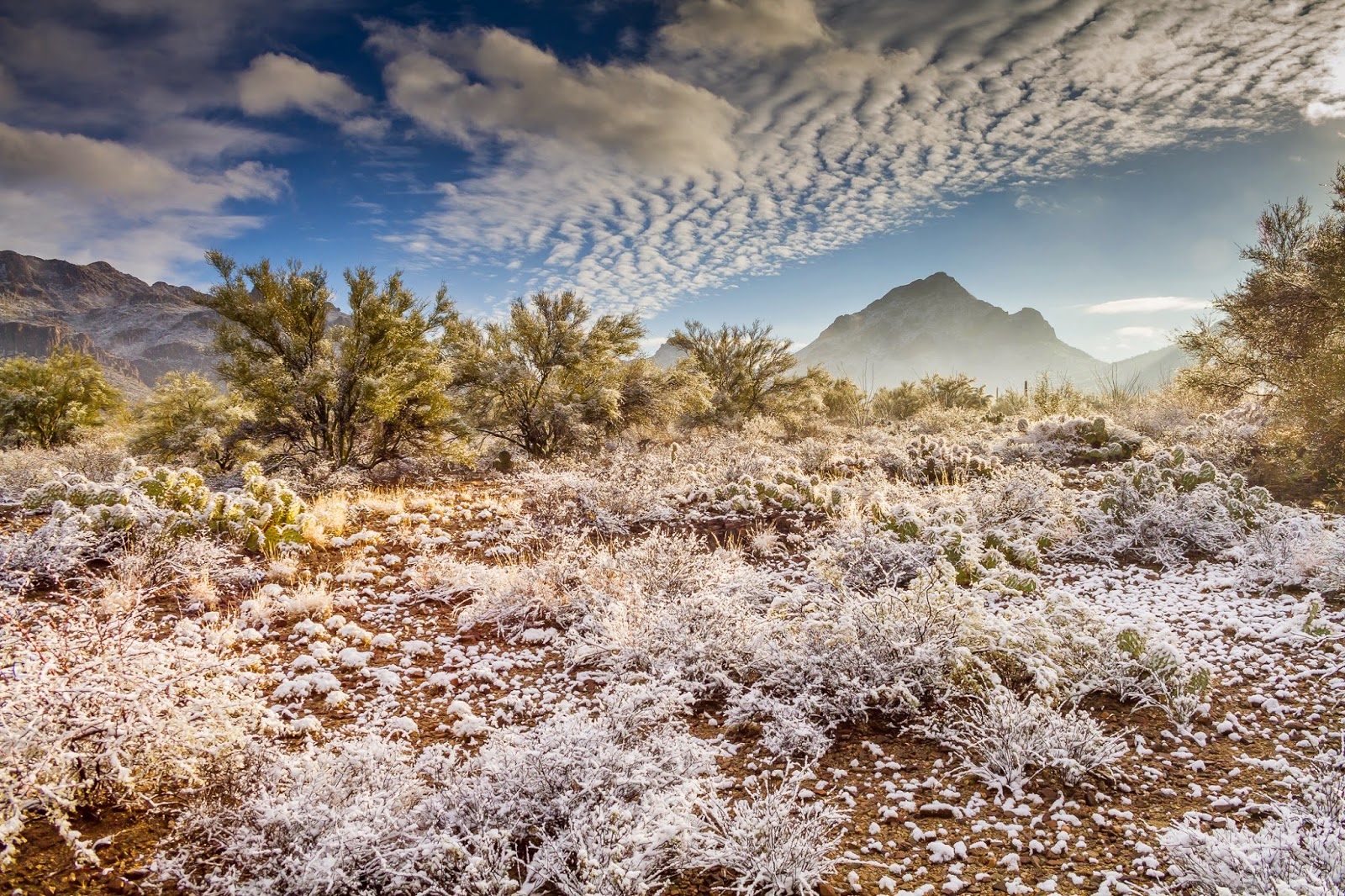