It's no secret that as a photographer I enjoy capturing the precise moment when the stars align and a photo is as good or better than I had hoped. It happens often enough that after years of successes, and failures, I'm still out there making the effort. Every photographer has their own wheelhouse and I'm no different. For me it's all things nature and the environment.  I do not however limit myself to any one area and I have been known to spend my days photographing buildings, people, or occasionally events. I do always gravitate back to nature like this sunset in Tucson Mountain Park which is one of my favorites from my earliest days with digital photography.
Because of my cameras I have had a special relationship with the Sonoran Desert and this has shaped my opinions about the state of it's ecological health. While the Sonoran Desert is one of the most diverse places imaginable it is not immune from the damaging effects of human beings and a rapidly changing climate. In fact the opposite is true. 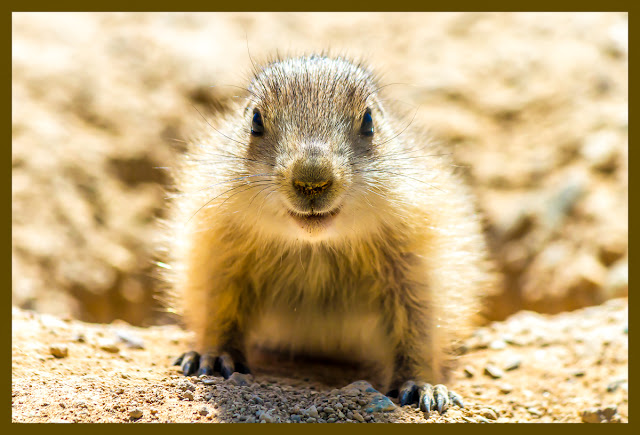 The Black-tailed Prairie Dog is a perfect example of the effects of human intervention. Black-tailed Prairie Dogs were once estimated in the hundreds of millions across the western prairies, perhaps numbering in the billions and today their number is a tiny percentage of what it used to be, between 10-20 million. As a keystone species it's severely reduced numbers have had an extremely negative impact on many other species including the endangered Black-footed Ferret which once numbered in the tens of thousands and now only a few hundred remain. Prairie dog colonies create islands of habitat that benefit up to 150 different species. They are a food source for many animals, including coyotes, eagles, badgers and the black-footed ferret.
In Arizona the Back-tailed Prairie Dog was extirpated from the landscape with poisons and the loss of habitat.There is an effort underway just east of here near Sonoita at Las Cienegas to restore the Prairie Dog to it's native grasslands. 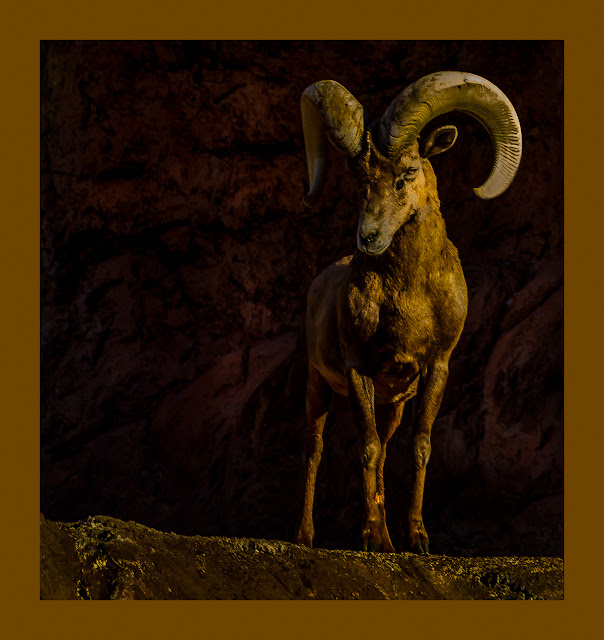 Another endangered species that lives here in the Sonoran Desert is the Bighorn Sheep. All the usual interventions by humans are the cause of the Bighorn's decline. Hunting, poaching, cattle grazing, loss of habitat plus drought, disease and mountain lion predation have all combined to push this population to the edge of extinction. 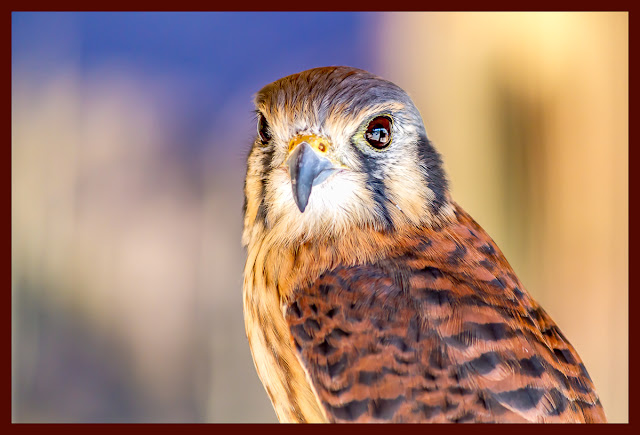 Occurring over a wide range the American Kestrel in considered to be of Least Concern by the IUCN but there is evidence that the Kestrel is in rapid decline over the last three decades with the long-term loss at almost 50 percent of the population. That’s a big drop for a bird considered abundant in North America.The question is will the decline continue at it's current rate and how long will it take before it becomes endangered? 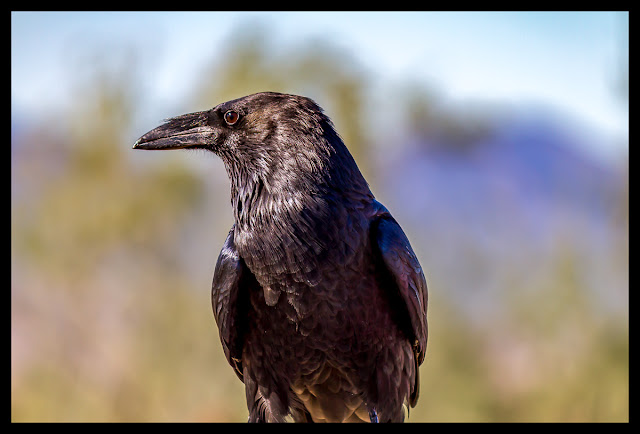 Not all creatures living in the desert are currently considered threatened or endangered but if the desert itself is threatened due to a rapidly warming climate how long before that changes? June 2016 was the hottest June in 122 years and we have been breaking records here for several years. One of the unfortunate side effects of warmer temperatures is extended ranges for insects that used to be kept south of here like the Africanized Bee's that have extended their range into Southern Arizona. Every year there are now reports of bee attacks, some fatal, in the southern part of our state.
Chihuahuan Raven's are an extremely intelligent bird that reside in the southeastern part of Arizona. Here in Tucson you are much more likely to see the Common Raven which is a larger. bird 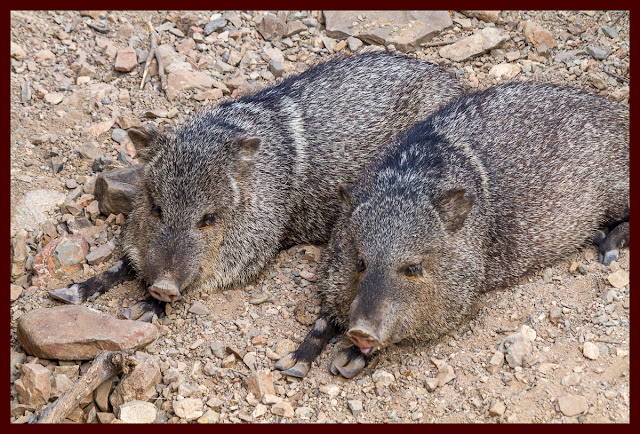 Another animal currently doing well here in the desert is the Javelina. They eat a variety of native plants such as agave, mesquite beans, and prickly pear, as well as other green vegetation. Javelina's live in family groups usually around ten or less but have been known to travel in a group of more than fifty. I've encountered them in the wild on many occasions here in Southern Arizona in groups of a dozen or more at a time. 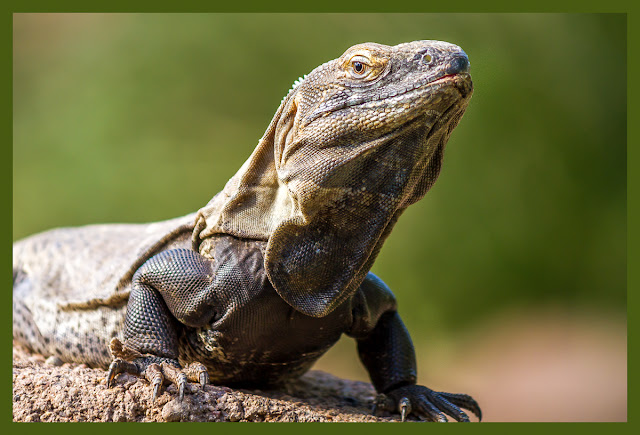 Chuckwalla's have an optimum body temperature of 100-105 and will lie in the sun until it is reached before eating. Strictly a plant eater Chuckwalla's are prevalent in southwest Arizona , California and into Mexico and grow up to 18 inches long. 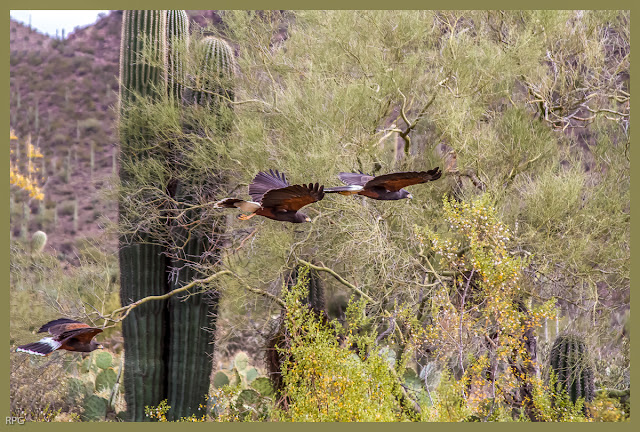 Harris's Hawks hunt in family groups and are more successful in a larger group.They eat mostly small mammals such as rabbits and ground squirrels
You can find quite a bit of interesting information about the Harris's hawk habits at: https://www.allaboutbirds.org/guide/Harriss_Hawk/lifehistory

Photography and nature are two constants in my life and I hope that you enjoy either or both in your life as they are truly an amazing form of meditation.