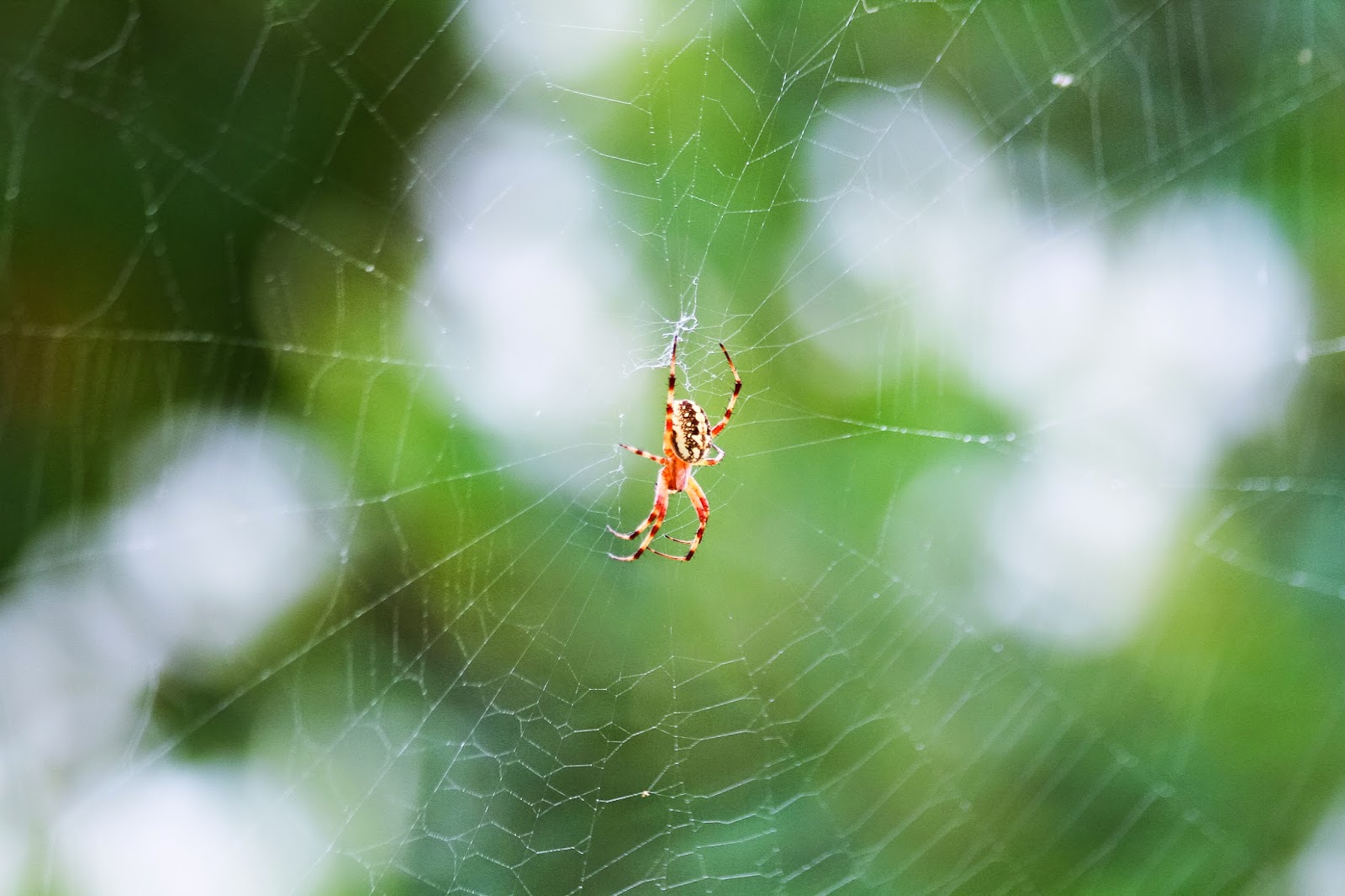 Lately I been feeling a little like a spider waiting for a meal to come along. With the intense heat and high humidity of the Southern Arizona summer my outdoor activities have been somewhat curtailed. I'm a morning person. I like getting up at 4 A.M. but I've been waiting for temperatures to cool so I can get outside and once again spend more than an hour or two communing with nature in this very diverse part of the world.
Now don't get me wrong I haven't been totally lazy this summer. I completed 500 hours of volunteer work at the Arizona Sonora Desert Museum's Ironwood Gallery. For those of you who are unfamiliar with the gallery it's exhibits are geared toward educating the public about nature and it has had some first rate exhibits in the last year including the works of Sheridan Oman who was an accomplished animal artist from Tucson. We also had an exhibit by the Sonoran Desert Florilegium Program that I was not only able to work with the gallery on but was also able to work with the florilegium program on their online exhibit doing photography for both groups. We also had a terrific scratchboard exhibit by John Agnew who is recognized as one of the  premiere scratchboard artist in the world. John traveled to many parts of the world to study and draw crocodiles and alligators. We also hosted "Art and the Animal" by the Society of Animal Artists and currently are showcasing "America's Parks of the Southwest"
I have also been doing a project on the architecture around Tucson especially the University of Arizona which is basically me taking off early, early morning to photograph buildings. I actually started doing this for the exercise but surprisingly I really kind of enjoyed photographing interesting parts of the central city before sunrise when I have the place to myself except for some street folks and the exercise crowd
Now that summer is on the wane I fully intend to take advantage of the good weather and get back to  my roots which is as you know nature and landscape photography. As I have said before the best part of photography is the adventure of going new places, seeing and recording nature and spending time in the great outdoors. With that in mind I have some exciting projects in mind this fall and winter including an attempt to once again photograph the wonder of the Sandhill Cranes in the Sulphur Springs Valley which is located in Cochise County home of Tombstone, Arizona and Cochise's Stronghold. In early October Nan and I will make a trip to Douglas, Arizona to stay over night at the Gadsden Hotel where I will attempt to photograph the lobby which has a huge Tiffany stained glass window at the top of a grand staircase.
I will also continue to write about the Yellowstone Buffalo and the horrendous treatment they receive at the hands of the State of Montana and the Federal Government and I will continue to advocate for wolves in general and Mexican Gray Wolves in particular. I will also do my best to share what I see so that we may all learn a thing or two about this rapidly changing world of nature.
Talk to you again soon.

Posted by Ray Goodwin at 3:46 PM No comments: